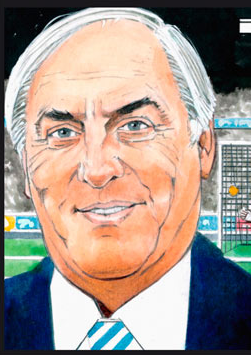 The opening goal was scored by Woods from a free kick taken from the incorrect position. The referee awarded free-kick inside the Burnley half. It was taken ten yards forward.
The pre-match instructions of referees regard defensive free kicks “lets get on with the game”, but attacking free-kicks the ball needs to be placed to the blade of grass.”
The second goal was a terrific strike by Burnley’s Rodriguez First win for Burnley at Old Trafford in 62 years

Leicester scored the opening goal through a strike by Jones. VAR check was quick and decisive. Vardy off with an injury and Ricardo scored Leicester’s second Coote in a great position to correctly award a penalty kick again checked by VAR. I don’t know why it was not a serious and obvious error David Coote once again covered a dynamic sprint to be in a great position to award a penalty kick. Leicester scored a fourth This was David Cootes best performance in the Premier League and he is establishing himself in the panel.

Referee Chris Kavanagh
Delli Alli opened the scoring in the 38th minute.
We then witnessed a reckless challenge by Cantwell who followed through putting himself very close to a red card Kavanagh some distance from play correctly awarded a penalty kick. The game saw Spurs win 2-1

Bournemouth opened the score through Wilson. Bournemouth scored a second. Bournemouth’s keeper made two terrific saves. Wilson scored from a breakaway to give the home side a three-nil lead.

Ramsey the home team goalkeeper was brilliant.
With ten minutes left Brighton scored  but it was too late.
Eddie Howe able to smile after getting a win

Troy Deeney opened the scoring for Watford and really should have had a second. Mings of Villa was correctly cautioned for a reckless. Challenge Mings should have received a second yellow for a handball that stopped a promising attack. Luiz of Villa scored an equaliser.

Villa scored the winner in added time. Snatching the victory with Mings who should have been sent off scoring it

Referee Hooper making a rare appearance in the middle.
Everton opened the scoring through Keane.
Calvert Lewin then increased their score to 2-0.
Everton dominated the game with Newcastle suffering because of a large injury list. With a minute to go Newcastle score 2-1 Newcastle equalised to secure an amazing draw with seconds to go

Several excellent saves by Sheffield United goalkeeper Henderson Man City were awarded a penalty kick, but sadly the referee and VAR failed to detect that the goalkeeper left his line too early to make a save. It should have been retaken. VAR will not intervene here like protocol elsewhere, and it’s the decision of the assistant referee. We can only wonder what the pre-match instructions were regarding a keeper moving so far off their line. The winning goal from Aguero after a great pass from De Bruyne

Redmond of Southampton opened the scoring with a terrific strike. VAR looked at a possible finger in the eye of an opponent by Zaha of Palace but decided no offence Early in the second half Armstrong scores a second for the away team